It was recently reported around 40% of surveyed brands with pages on Google+ have either never posted any content, or do so infrequently. It’s something echoed in the workshops and seminars we run – people and businesses just aren’t sure what to do there.

Thankfully, Google have upped their game and radically overhauled the Google+ experience to lure more active users to their social network (even though announcing they now have 190 million active monthly users). They have announced 41 new features which have been rolled out immediately. So which are the notable and important features you need to know about?

What you may notice almost immediately is the potential size of your Google+ cover picture, which now behaves more like a full screen image. Of course, depending on the device, the space allocated for the cover picture varies (demonstrated below: desktop browser, iPad and Android handset).

Stream (which is your news feed) has been given a Pinterest-esque multi-column design. For most screen resolutions, this is two-columned, though it does go up to three. If, however, you don’t like it they have provided the function to revert back to a single column stream (which you access by going to ‘More˅’on the top navigation bar).

From its beginnings, photos on Google+ have been the most shared and popular thing to post. Google, it seems, are aiming to make it the place for you to put all your pictures.  As well as the image editing facilities (which are intuitive but extensive enough to make a difference, including automatic enhancement – Auto Enhance), Google can now identify the best images from a batch (based on calculations including composition and face recognition) and tweak them for you. Basically, you will save time choosing and editing which pictures to upload!

Furthermore, Google are introducing a photo-stitching tool (Auto Awesome) which can create either a panorama or single picture of everyone in the same framed image and can even produce animated gifs.

Perhaps more immediate and significant however is that Google Plus account holders will now have up to 15 gigabytes of storage for full-resolution photos. 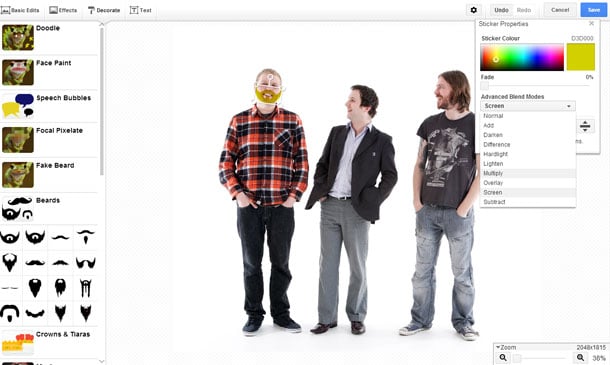 Let’s face it: when you get hashtags, they’re incredibly useful. If you don’t they’re horribly confusing. Google+ aim to facilitate the use and understanding of hashtags by adding them automatically to posts or photos. You’ll still have the option of removing them if you think Google has worked it out incorrectly.

The Future for Google+

The platform is robust and technically, rather fantastic.  It’s undoubtedly slick. The challenge on Google’s hands now is to lure people from the social networks they are already comfortable with – and the photo editing tools are certainly an attractive proposition.

For businesses, we need to see case studies, examples and benefits of being on Google+. Many simply do not have the time to be trailblazers, but if this redesign is the start of the migration from Facebook to Gooogle+, then these could be exciting times for brands and businesses to be involved.

Are you on Google+? Have you found any benefits from being on there? We’d love to know.