Google have just launched redesigned channels for limited users whilst in beta. The new design leans heavily on the styling of the Google+ interface, giving the products a uniformed appearance and a much needed refresh.

Replicating the appearance of a Google+ profile, channels now feature a large banner image image across the top, resulting in previous customisation options such as custom backgrounds and styling being lost. Reigning in the visual control this way echoes the approach Facebook took when rolling out Timeline to businesses and individuals.

Users will still have the option to control exactly what content is displayed on the landing page of their channel (which is now responsive), allowing the content to be presented in a much cleaner fashion on larger displays.

Here are some of the channels using the beta design. 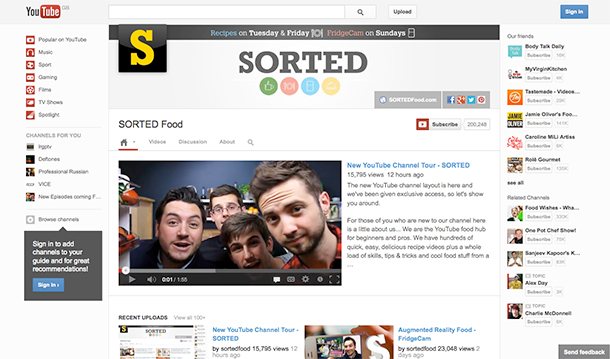 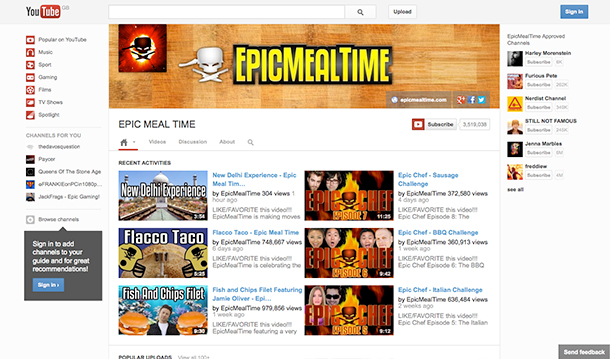 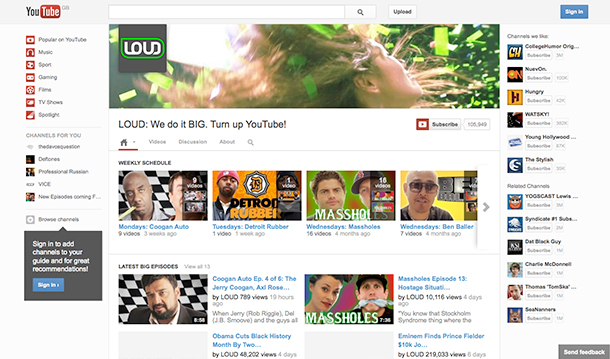 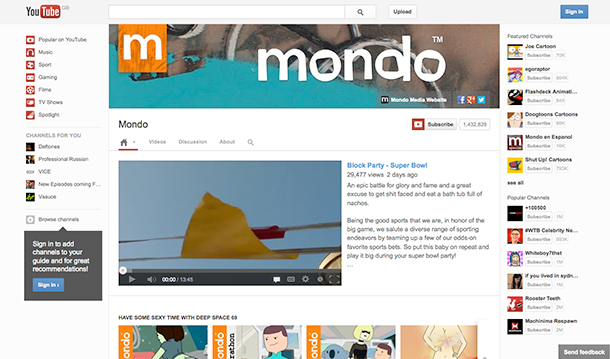