Twitter has started to roll out its latest redesign and what you may notice is that it looks a little, well, Facebook-ish. It’s likely to irk a few of the Twitter faithful while welcoming new users with familiar arms. 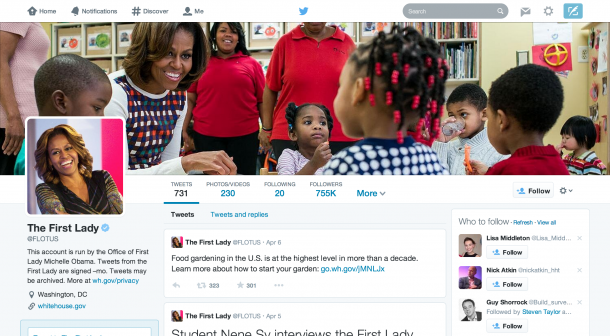 Simply, lots. There’s the new banner art across the top and a larger avatar image. You’ll notice too that tweets in the timeline display at varying sizes, the size of which depends on the level of engagement that tweet has had.

Users’ profiles will, by default, show tweets excluding replies, though there is the option to see these too. When we begin to explore a user’s profile, you can see that the media grid displays the tweet along with the attached media. 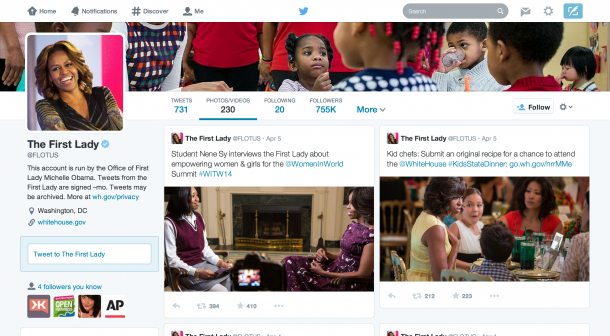 And when we explore Following/Followers, we see that they are displayed three users wide, but we absorb much more information about those users (in a similar fashion to Facebook’s hover cards). 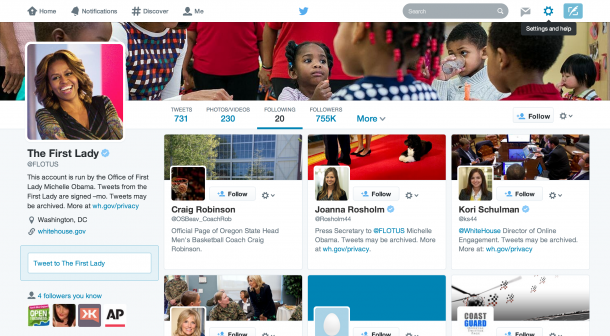 We have read that users will be able to manage and curate their own profiles by pinning tweets to the top of your profile – great news for reputation management and tucking away those potentially negative discussions.

We’d love to know what you think – with the new profile look, the ability to post multiple pictures per update and the option to tag users, are Twitter in danger of becoming too akin to Facebook?