Towards the end of last year, the PRCA, the professional body for PR practitioners in the UK, carried out their 2013 census. They urged PR professionals all over the country to take part, and before Christmas they revealed their findings in London. This week, the published versions of the census were sent out to all the PRCA members – us being one of them!

The census reveals just how big the PR industry is in the UK – there were 62,000 employees working in PR roles & an industry turnover of £9.6billion last year! We’re a busy bunch too – last year 54% of us spent time outside of work hours…working.

The North-West also came out on top location wise in terms – in fact round these parts we boast the highest number of female talent. Our Managing Director & lead PR bod Nathaniel (^NC), who is co-chair of the PRCA North West, said; “The media are currently talking about the talent drain to the capital but these results tell a promising story, the PR industry in the North West is booming and should be a real consideration for career minded graduates.” 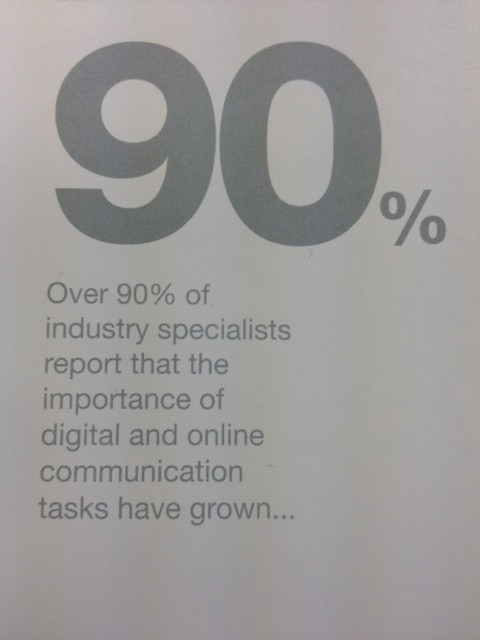 In a separate report issued recently by the PRCA alongside the census, the Digital PR Report, we found out what clients wanted from digital agencies like ourselves. This was music to our ears. It confirmed that what we’re offering ticks all the boxes. Take a look at the findings;

What do you think of the census results? We think it’s a really positive sign for us as PR professionals, and even more so as a digital agency. PRCA Director General Francis Ingham summed up the census perfectly; “Not only is the PR industry contributing to the economy, it is earning more, developing wider expertise & feeling much more optimistic than back in 2011. If ever there was proof that was PR practitioners do is valuable, important and a true business imperative – this is it.”